Mining firms are making a killing 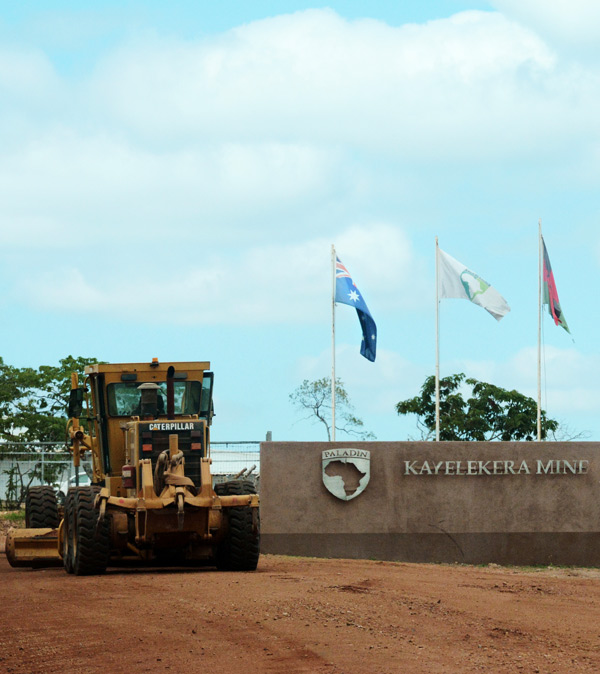 Australian mining companies are making a killing in Africa — literally.

Between 2004-15, Australian-listed mining companies were linked to more than 380 mine-related deaths in several African countries, according to the Centre for Public Integrity and the International Consortium of Investigative Journalists.

Yet most people would be surprised to find out that Australian mining companies operate in Africa, let alone outnumber those from Canada, Britain and China. This is because the corporate media dedicates zero coverage to their activities in African nations.

They are operating in Burkino Faso, Niger, Madagascar, Zambia, Eritrea, Malawi and the Democratic Republic of Congo (DRC).

Malawi is one of the world’s poorest countries. Allowing foreign mining companies in was supposed to provide the nation with the money it desperately needs for development. Instead, Australia-based Paladin Energy stole US$43 million during its six years of operations there.

Although already benefitting from Malawi’s low tax-rate, the company used a legal loophole to siphon profits overseas and avoid paying tax. What it did leave behind was an environmental disaster.

Australian mining companies have stopped at nothing to get their hands on mineral wealth, including partnering with dictatorial regimes.

Anvil Mining is one company with blood on its hands. In 2004, it played a part in the DRC’s armed forces massacring more than 73 people at Kilwa, after a small band of poorly-armed rebels seized a village beside its Dikulushi copper mine, blocking the company’s port access.

The company provided the army with drivers, trucks and rations and flew in troops on its chartered planes to take out the rebels, according to witnesses.

The company’s help was critical in being able to carry out the massacre. Without the company’s support, it would have taken soldiers days to march over rugged terrain from their base in Pweto. In Anvil Mining’s vehicles, it took just half a day.

The officer in charge of the massacre, Colonel Ademar Ilunga, testified during the trial of three former Anvil Mining employees that he had been paid by the company for security services and been provided with housing in the weeks after a massacre.

Another Australian mining firm that has partnered with a dictatorship is Danakali, formerly known as South Boulder Mines.

Danakali has been operating in partnership with the Eritrean National Mining Company to develop a huge potassium-bearing salts deposit (potash) since 2009, despite the Eritrean regime being recognised by the United Nations as one of the most repressive in the world.

Eritrea has not had an election since independence in 1993 and has no free media or independent judiciary.

Instead, it has a brutal military conscription program that has enslaved up to 400,000 people according to a 2016 UN report. Young people that are conscripted for national service are not allowed to see their families and, in some cases, forced to serve for more than 20 years. They often work 72-hour weeks in extremely harsh conditions with inadequate food and low pay.

Huge numbers of Eritreans have fled the country due to the military conscription program. Despite being the smallest country in Africa, Eritrea produces the largest number of refugees.

Yet, according to a July 11 Crikey article, a Danakali spokesperson said it had “found [Eritrea] to be safe, stable and development-focused with ‘no evidence of corruption’.” The spokesperson also claimed Danakali would never use slave labour.

But Human Rights Watch senior Ethiopia and Eritrea researcher Felix Horne told Crikey there is no way Danakali was not using military conscripts: “There’s virtually nobody else unless they import labour which isn’t likely to be allowed by the Eritrea government.”

This is nothing short of robber baron capitalism, not unlike what took place during colonisation. There may be a few more laws today — and a pretence of compliance — but the unfettered looting of poor countries continues.

Mining companies are more than prepared to displace people, subject workers to dangerous conditions and low pay, use forced labour, destroy the environment and provide support for the military in return for security for their mining operations.

The practice of Australian mining companies in Africa is just one example of capitalism’s failures. It exposes the myth that capitalist investment leads to poor countries overcoming poverty.

We need to fight for more regulations to stop mining companies destroying the environment, exploiting workers and carrying out human rights abuses. But these abuses will not stop as long as profit remains the driving force for the mining industry.

The capitalist system does not work. It must be replaced by one that prioritises people and the environment over profit. That is what Green Left Weekly stands for.