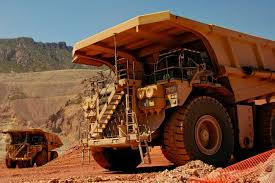 Malawi has potential in the mining sector

Contracts continue to be one of the critical deficiencies in the management of mineral resources in Africa, Ministry of Mines and minerals development permanent secretary Barnaby Mulenga has said, adding that Zambia is predominantly a mining country and offers a classic case of challenges with negotiating mining contracts.

Mr Mulenga said because of poor contracts entered into with multinationals, the continent has continued to get a raw deal for its minerals resources.

Mr Mulenga was speaking in Lusaka during this week at the 5th African Union Development Agency – New Partnership for Africa’s Development (AUDA-NEPAD) regional dialogue on contract negotiation and fiscal policies in extractive industries in a speech read for him by director of planning Bernadette Mwakacheya.

He said Zambia like many other countries in Africa has remained poor despite being richly endowed with abundant natural resources.

“We all share a common vision regarding the extractive industries, which is to enhance their role in fostering the sustainable development of our countries.”

Mr Mulenga said efforts have been made to revise the mining laws and fiscal policies across Africa especially during the period of the boom but nothing has changed.

“The key is to understand what we are giving out in the contracts,” he said.

“Yet, the development of mineral projects has been at the heart of many African countries in recent years,” Dr Cheluget said.

AUDA-NEPAD director of Programme Innovation and Planning, Estherine Fotabong said extractive industries are extremely valuable to African countries, adding that the industries can be leveraged to fuel sustainable and inclusive economic growth.

“Taking into account these opportunities leads ultimately to a better life for the citizens of those countries by sustained poverty reduction and inclusive growth,” she said.

Mrs Fotabong said negotiating mining contracts is an extremely complex endeavour that requires a clear set of objectives articulated by leadership; a variety of technical skills in law, engineering, economics, finance, and a high level of coordination across relevant government entities and other key stakeholders.