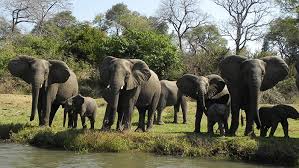 Chinese nationals are major buyers of Ivory in Malawi

One of Malawi’s most wanted suspected wildlife trafficker, Yunhua Lin, is finally in Police custody in Malawi’s Capital Lilongwe following a spirited three month long joint manhunt by the Malawi Police Service and the Department of Parks and Wildlife.

The arrest of Lin, 46, a Chinese national on Friday, 16 August 2019, in Lilongwe is credited on a tip off Police received that the allegedly kingpin was hiding in Lilongwe.

He is allegedly involved in the smuggling of elephant ivory, rhino horns, pangolin scales among other trophies and has been on the run following the arrest of nine other Chinese nationals and four Malawians in May this year including his wife Qin Hua Zhang.

On top of that he is also connected to the recovery of, a number of wildlife trophies including 3 live pangolins, 556 pangolin scales, 103 pieces of rhino horns, 2 hippo teeth, ivory made chopsticks and processed ivory.

His arrest comes barely three months after nine other Chinese nationals were arrested in connection to the syndicate.

Four Malawians suspected accomplices James Mkwezalamba, Cosmas Sakugwa, Julius Sanudia and Steven Daza were also arrested in May this year and are remanded at Maula Prison.

Lin Hao Yuan was previously convicted of attempting to export processed Ivory at KIA in 2014.

His wife Qin Hua Zhang and others are on court bail, case under senior resident magistrate, following their arrest in Wildlife related offences in December 2017.