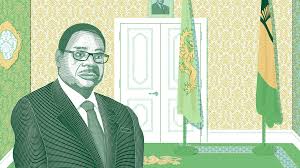 Resources for economic and social rights in Southern Africa are severely diminished due to huge financial outflows resulting from a highly unequal international economic order, the research noted.

According to a new report, The Money Drain: How Trade Misinvoicing and Unjust Debt Undermine Economic and Social Rights in Southern Africa, launched by ACTSA on the eve of the SADC Summit in Dar es Salaam, rich countries may be accused of neo-colonialism if they fail to assist SADC countries to address these financial outflows.

“It’s a scandal that rich countries barely seem to care that Southern Africa is haemorrhaging money. A broken international economic system is, fundamentally, why trade misinvoicing and unjust debt are depriving SADC governments of massive funds that they could use to realise economic and social rights for the many people living in poverty in the region” Sunit Bagree, ACTSA’s Senior Campaigns Officer and author of the report said.

While SADC governments are primarily responsible for realising the economic and social rights of their citizens, the governments of rich countries have significant legal and moral obligations to support these efforts.

The report demonstrates that the scale of unrealised economic and social rights in Southern Africa remains immense.

For example, the youth unemployment rate is 31%, 5.4 million people are undernourished, there are at least 617,400 new HIV infections a year, and more than 40% of the population in 12 countries do not have access to basic sanitation services.

Meanwhile, as a result of trade misinvoicing, the SADC region loses at least US$8.8 billion a year from trade-related illicit outflows.

“But they must also call out powerful international countries for failing to live up to their responsibilities and turning their collective backs on vulnerable people in Southern Africa” she said.

After falsely declaring the price, quantity or quality of a good or service on an invoice submitted to customs, criminals can use intermediaries in secrecy jurisdictions to capture and divert illicit profits to offshore accounts.

The report estimates that South Africa alone is drained of at least US$5.9 billion a year due to trade-related illicit outflows.

The SADC region is losing even more – at least US$21.1 billion a year – from external government debt payments. The external debts of governments are not necessarily problematic for their citizens.

But some of the region’s external public debt is illegal, some is odious, and some is illegitimate. The report calculates that Angola alone is drained of US$12.1 billion a year in principal and interest payments on public debt.

Moreover, Southern Africa, parts of which were devastated by Cyclones Idai and Kenneth earlier this year, is owed major climate debts by rich countries.

Multilateral institutions dominated by rich countries, such as the Organisation for Economic Co-operation and Development (OECD) and the G20, have raised concerns about trade misinvoicing and debt in poorer countries.

Yet progress on tackling trade misinvoicing is fragmented and slow, and virtually nothing has been achieved to ensure debt justice.