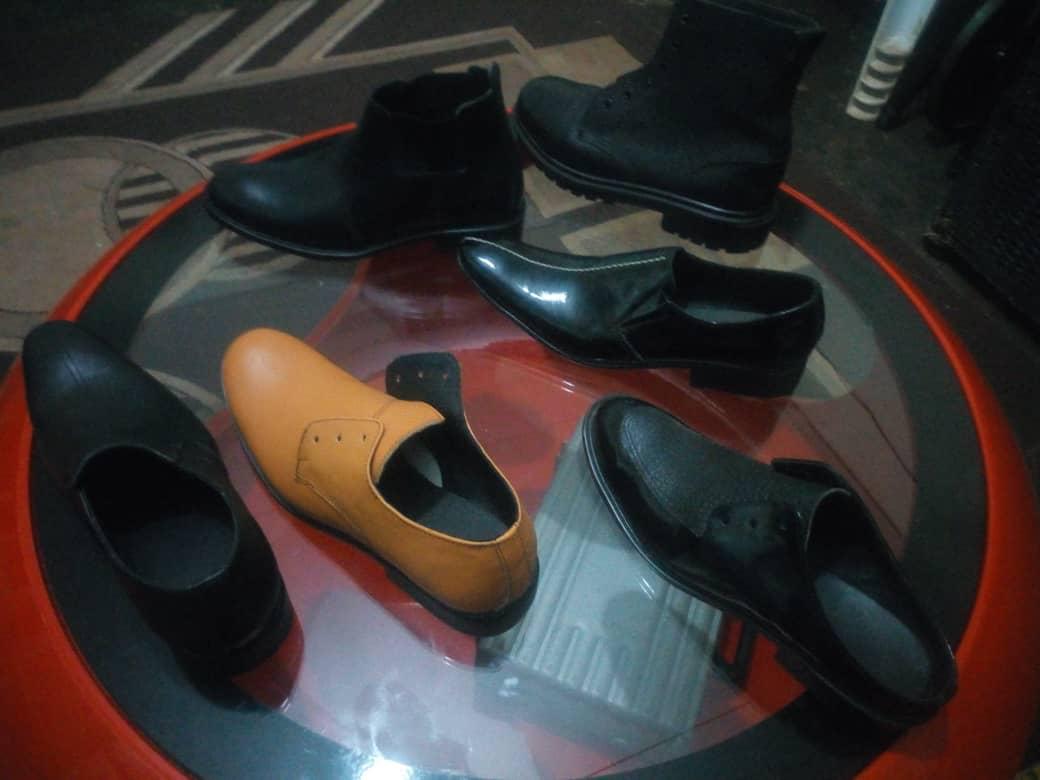 The sheer size of the Chinese economy has reigned on some of Malawi’s 50 local Small and Medium Enterprises (SMEs) that it trained in shoemaking, using latest technologies and state of the art machineries, but are now suffocated with in influx of Chinese shoe imports now threatening to snuff out their infant business life.

The SMEs are failing to make inroads in the sector, 10 years after they were trained despite many and lucrative opportunities created since Malawi started diplomatic relation with China in 2008.

Most of the Chinese people, with population expected to exceed 1.4 billion, are reacting to the rapidly changing internal demographics, rising incomes, increased consumer spending and an increasingly open business environment which has allowed them excess capital which they are transferring to some other global destinations including Malawi through – among others – excess export supply of assorted goods including shoes.

For the past 10 years, Aggrey Dzama has been one of the country’s successful shoe producers. For most dwellers in Lilongwe, the Capital City of Malawi—a small country in Southern Africa, Dzama had always been an epitome of a successful businessman.

Paradoxically, a 10-year productive period came to a halt last year as sales plummeted, forcing him to scale down the production thanks to the proliferation of cheaper China-made shoes on the local market.

Predictably, Dzama has no kind words for the influx of the Chinese traders despite being one of the beneficiaries of the Chinese sponsored training and speaks of “very substandard goods” which he claims are responsible for the loss of his customer base.

He used to produce five pairs of shoes a day, which customers could scramble for, and purchase within a day. He still produces the same quantity, but dwindling interest means it takes more than a month to exhaust that stock.

“Malawians love Chinese cheaper shoes,” bemoans Dzama, “they easily got swayed to buy these shoes and it is difficult, if not impossible, to convince them to buy from you when they can afford five pairs of cheaper Chinese shoes with the same money they can buy a pair from you; that is how difficult it is to withstand the heat of this business.”

Dzama, who is also the Chairperson of local shoe producers in the country, says the sad reality is a reflection of the situation for the rest of the local shoe-making industry, mostly formed by Small and Medium Enterprises (SMEs).

The mushrooming of Chinese traders in Malawi—trading as both shop owners and general merchandise traders, among others, has sparked tension between the locals and Chinese rivals.

Eunice Jere, a lady entrepreneur who was producing leather products such as shoes for five years, also based in the capital Lilongwe, says she has been forced to shut down her operations completely.

Jere recalls how she was “eliminated” from the shoe industry. Malawians were no longer patronizing her shop, opting for Chinese cheaper shoes.

“The cost of producing shoes in Malawi is way too high.  We import leather from neighboring countries such as Tanzania and Zimbabwe this also impact a lot on the production cost.

With such high production costs the final product fetches a high price which many Malawians cannot afford despite being durable hence, opting for cheaper Chinese shoes and this is why I shut down,” says Jere.

However, on the other hand, Chimwemwe Mwenyemasi, one of the 2016 Malawi Broadcasting Corporation (MBC) Innovations Award winners, says China offered him insights on how he can improve his small-scale business of shoe manufacturing.

Mwenyemasi, who was enrolled in the small-scale capacity-building capacity program, said the technical expertise that he gained while participating in the program, sharpened his skills and brought a lot of insight for improving his business.

He purchased a shoe-making machine, which he said will change and bring ease to the production methods, especially moving from manual to machine-style production.

“China is a country that has vast experience in as far as technical expertise is concerned. They allowed me to display my shoe-making skills, and they were very impressed. In just a month, I can say that I learned a lot,” Mwenyemasi said.

Mwenyemasi owns Mwenyemasi Shoe Company in Blantyre and said there is a future in the local shoe-making industry.

“What I saw in China is that people are hardworking and visionary, they value research and progress. If you look at the shoes that we have been making here, it is the same quality we import from China, but Malawians would rather buy an imported product rather than a locally made one,” he said.

The Centre for Investigative Journalism Malawi (CIJM) has established that shoes from China are highly subsidized for export, hence sold at a cheaper price than those locally produced, the situation is exacerbated by the fact that up to 74% of Malawians live in less than $1.25 a day thereby forcing them to buy cheaper products.

An official in the Ministry of Trade and Industry who did not want to be named confided in us that one person would buy up to 8 pairs of shoes in a year because Chinese shoes are cheaper, this comes amidst the Chinese’ increasing appetite for Africa’ market for cheaper Chinese products.

Ministry of Trade and Industry Spokesperson Yamikani Kadzakumanja could neither confirm nor deny that the influx of Chinese products is inhibiting the growth of Small and Medium Enterprises in the country, particularly the shoe industry.

He, however, was quick to say the country has the potential to grow the industry.

Kadzakumanja believes that local entrepreneurs have benefited a lot from the diplomatic relationship between Malawi and China citing training in shoemaking as one of the major benefits.

“Not only in China but here in Malawi I have attended several trainings in leather design sponsored by the Malawi Enterprise Productivity Enhancement (MEPE) project. The trainings has sharpened me in several ways like in computer designing,” Dzama concurs with Kadzakumanja how local SMEs have benefited from the trainings in modern shoemaking methods.

Another beneficiary of the trainings, Edward Malunga, who’s now the CEO of Bantu Arts and Craft hailed the shoe making trainings saying  he learned a lot.

“Being one of the 50 SMEs who were trained is the greatest thing to me. I even train others. So I can say my trip to China was very fruitful,” Malunga said.

However, despite Lilongwe maintaining such ground, reports display a pattern of the trade imbalance between the two nations in favor of China.

Malawi Bureau of Standards (MBS), which regulates industry standards, while acknowledging the proliferation of Chinese cheaper shoes, appears to have no clue on how to deal with the challenge.

The Bureau’s spokesperson, Monica Khombe, further acknowledged findings of our investigations that the influx of Chinese cheaper shoes is displacing Malawi’s small and medium enterprises in the shoemaking industry, but was quick to admit that currently there is no policy and act which directs the bureau on how to go about the problem.

“We have not yet received any formal complaints from local shoe producers on the subject matter, but public outcry has been there for the bureau to enforce standards on Chinese shoes.

The bottlenecks that we are experiencing is that the bureau currently enforces standards of leather shoes only not these plastic Chinese shoes,” Khombe said.

While currently, there are no available statistics of annual figures of shoes made by Small and Medium Enterprises (SMEs) in Malawi, the Ministry of Trade and Industry reckons that in 2013, the SME sector was making less than 1000 pairs of shoes annually compared to 100,000 pairs it used to make 20 years ago and that the local shoe manufacturing sector used to employ more than 300 people about 20 years ago, and now employs about 50 people.

This is linked to the high demand of Chinese shoes and lower demand for locally made shoes, it said.