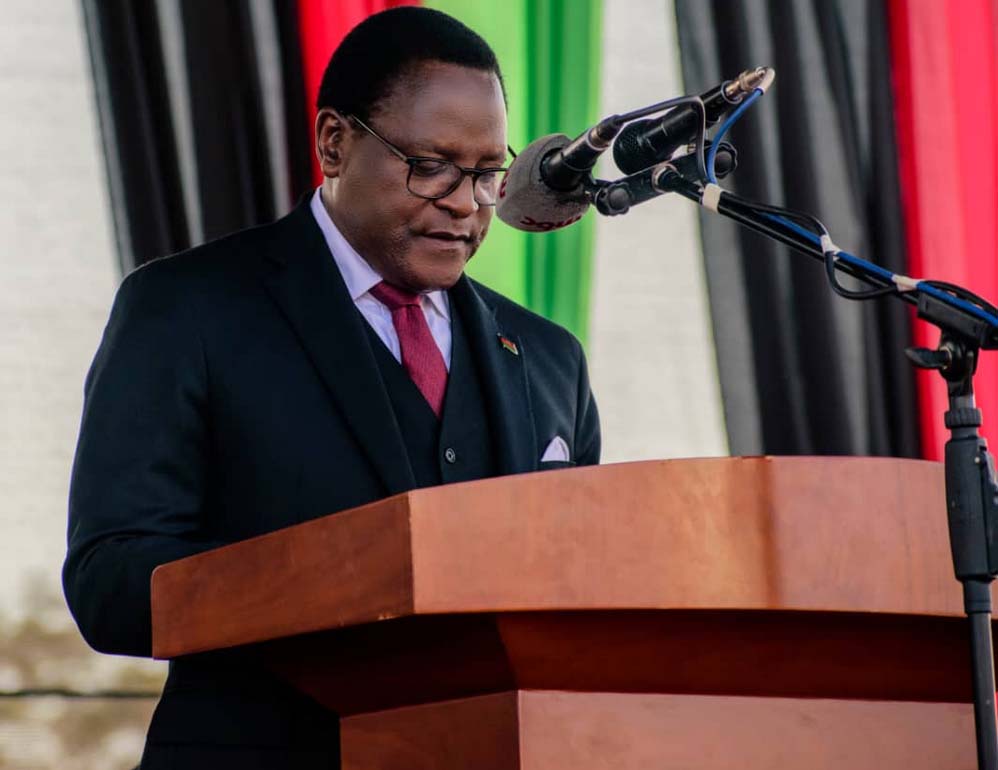 President Chakwera says he will lead all people including the opposition

The voter turnout was 64.8%. This election comes after a year-long battle for the independence of Malawi’s democratic institutions, and should be seen as an important milestone in the movement towards democratic consolidation on the continent.

It also provides a host of potential lessons for both policymakers and activists at the local, regional, and international level, on how to best support developing nations in times of constitutional crisis.

Malawi’s Constitutional Court had struck down the previous election results, citing widespread irregularities, including the use of correction fluid on ballots.

The court was harshly critical of the manner in which the MEC handled the May 2019 election, finding the former Chairperson, Jane Ansah, and her commissioners incompetent.

The election results triggered months of nationwide protests, calling for new elections and demanding Ansah’s removal. Mutharika responded by appointing Justice Kachale, who vowed the rerun election would be free, fair and credible.

The voter turnout in May 2019 was 77.4%. Mutharika won 38.57% of the vote, against Chakwera’s 35.41%. Chakwera and his Vice President, Dr Saulos Chilima (United Transformation Movement), together achieved more than they did individually in the previous election when they both stood as independent candidates, thus validating their decision to run on the same ballot ticket.

Both Chakwera and Mutharika had allied with other parties. Chakwera’s alliance with Chilima was supported by most other opposition parties and was called Tonse Alliance (“all of us” in the local Chichewa language). Mutharika had formed an alliance with Atupele Muluzi (United Democratic Front).

In his official announcement, Justice Kachale was careful to clarify that all complaints they had received were handled at the local level of election staff at the polling stations, with the exception of one complaint, which had to be elevated to the national level.

The MEC stated it had received dozens of complaints in the days following the election, most from the outgoing DPP government. Their complaints related to instances of violence against party representatives and safety concerns at some of the polling stations.

The complaints of violence were considered criminal, and were dispatched to the police for further investigation. The complaints concerning security for party representatives at the polling stations were rejected, citing that security arrangements had been well taken care of by the military and the police.

Outgoing President Mutharika addressed the nation on Saturday afternoon where he implicitly accepted his defeat. However, this did not stop him from characterising the rerun as the worst election in Malawi’s history before urging the people to accept the results of the MEC and the country to move on as one Malawi and one people.

The impact of this election process, both on the region and the continent, should not be downplayed.

It is only the second time on the continent where the judiciary has overturned a presidential election and called for a fresh election. The first was in Kenya in 2017, but saw the opposition boycotting the rerun election. In Malawi, there was full participation of all political parties.

However, embassies, the UN and international organisations with a presence in the country were accredited as observers. There were also national election observers from about 20 different local stakeholders, including civil society organisations, ecclesiastical organisations, human rights organisations and academia. Most were in agreement that the rerun election process and results were legitimate.

An important lesson to be taken from this election process is the manner in which the Malawians adopted a “home-grown ownership” of this election process. While the international community had raised concerns about the country’s ability to hold elections in a free, fair, transparent and credible manner, Malawi proved that it could be done successfully.

Malawi should be commended for the manner, under very trying circumstances, in which it conducted a credible rerun election.

A major positive long-term effect that the “legal miracle” relating to this rerun election process will have on the region will be the imbedding of the idea that it is possible to trust the judiciary to be professional and independent. An important legal precedent has been set that should find some footing in courts across the region.

This important precedent, overriding the May 2019 election results, may act as a catalyst to embolden regional activists, lawyers and democracy advocates in other countries in dealing with issues of poor governance and instances of perceived electoral fraud. The outcome of the court judgment may be indicative of the further consolidation of democracy and good governance in Malawi.

A further lesson from Malawi’s election rerun relates to the finalisation of election reports produced by international observer teams. In hindsight, their observation processes can be criticised as most observers compile their reports based on the formal framework of the election, including the pre- and post-election periods.

However, the major contestation arose from the counting process itself. Once the results had been tallied, most observers had either left the country or completed their deployment and had submitted their election observation reports.

As a result, the endorsing election observation reports unwittingly created the misconception that the election was held in a free, fair, transparent and credible manner and was used as a justification by Mutharika to endorse his flawed election victory.

Thus, it may be argued, the international election observers may have contributed to the polarised situation that followed. With regards to upcoming elections in the region, election observer missions should study the Malawian case carefully to gather important lessons for future election observer deployments.