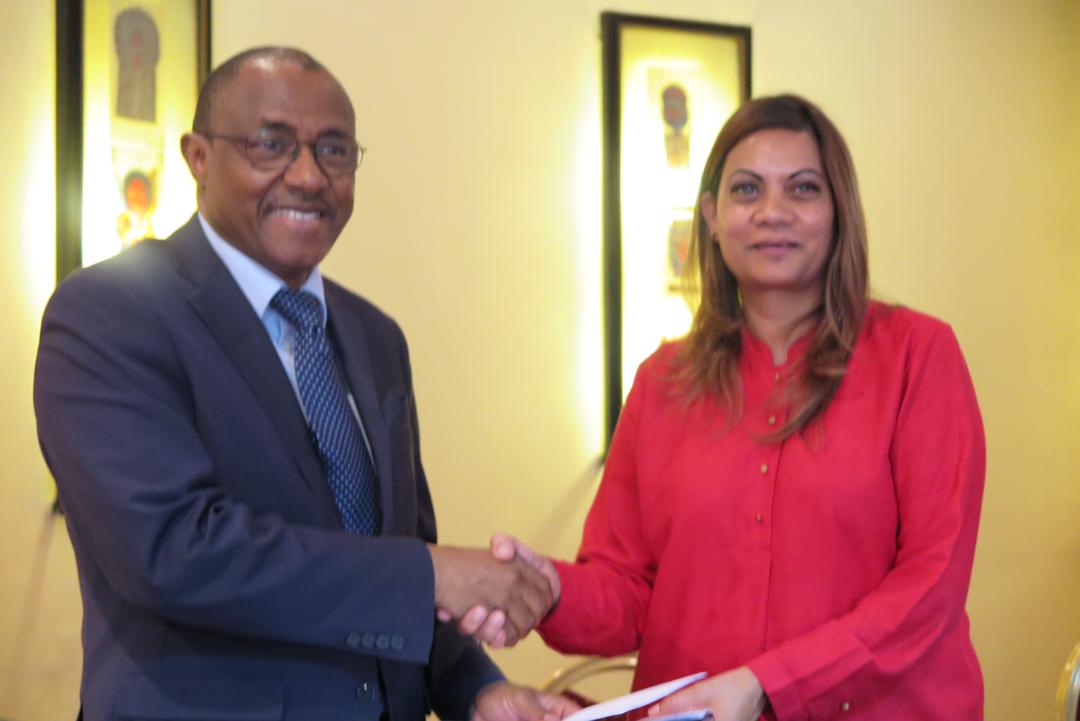 The Africa Risk Capacity Agency (ARC Agency), a speacilaised agency of the AU, on Saturday, March 30, signed a memorandum of understanding, MOU, with the African Media Initiative, (AMI), which represented African Journalists including some from Malawi.

The MOU seeks to deepen ARC’s impressive collaboration with its partners in good advocacy, communication and awareness-building on disaster risk financing.

The signing of the MOU was part of the programme for the first interactive workshop for journalists on reporting climate and disaster risk financing organized by the African Risk Capacity, African Union Rural Economy and Agriculture, DREA, and the Directorate of Information and Communication, DIC, of the African Union Commission.

Mohamed Beavogui, ARC director general, signed the MOU document on behalf of his organisation while Roukaya Kasenally, chief executive officer did so for African Media Initiative.

Both Wynne Musabayana, Head of the Directorate of Information and Communications, DIC, and Nick Nwampa, who represented Simplice Nouala Fonkou, Head of the DREA witnessed the event.

Earlier, during the opening ceremony of the workshop Beavogui said that the workshop was done to share ideas on how to better manage a problem that affects the continent. This is because Africa contributed the least to global warming in both absolute and per capita terms; accounting for the smallest share of the global greenhouse gas emissions, about 3.8 percent.

“Yet despite its low emissions, the region is the most vulnerable to climate change. We have just seen this play out in Mozambique, Malawi and Zimbabwe. Tropical Cyclone Idai has been described as the most destructive in decades.

“Still, our people lack the requisite information to better anticipate, plan and respond to natural disasters in a timely manner“

Whenever natural disaster events occur, the continent is always caught unawares, with severe loss of human lives, and infrastructure. This has put a big strain on African populations and economies,” Beavogui said.

On her part, Musabayana explained why everyone should be excited about the workshop. According to her, disaster risk financing is about boosting the economic resilience of vulnerable countries to better adapt to the financial cost of disasters, thereby helping to protect lives and development gains.

“When disaster events occur, African countries do not always have any contingent financial pool to kick start a response; rather they must WAIT on appeals to their immediate neighbours and the global community for assistance.

“It is therefore imperative for everyone to know that in Africa, we have this organization called Africa Risk Capacity, which provide the innovative financial solutions to countries affected by disasters,” she said.

Maureen Chigbo, is a Nigerian Journalist, Publisher and Editor of Realnews –www.realnewsmagazine.net