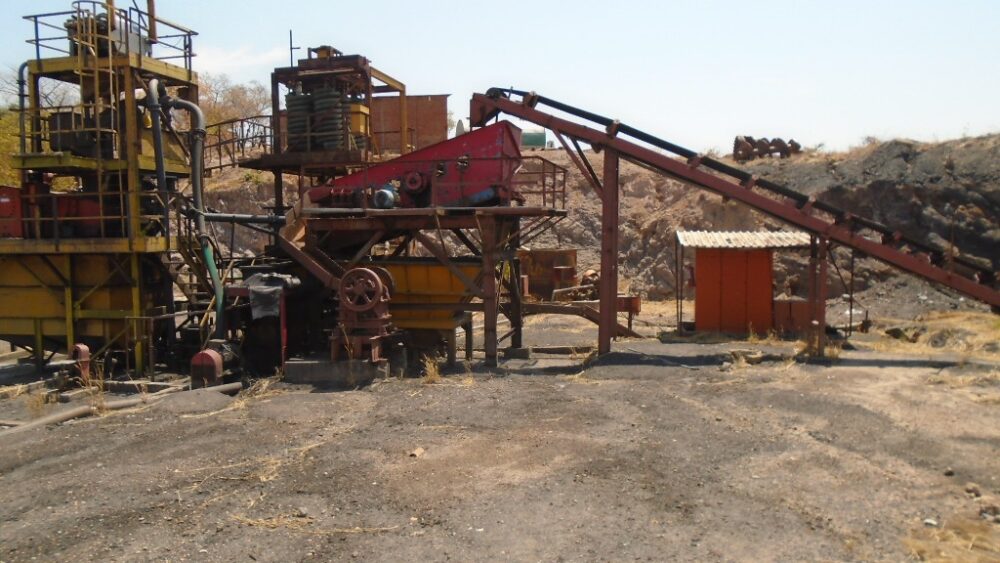 For the people of Mbirima, a local community in Chitipa, about 350 kilometres from Malawi’s northern capital Mzuzu, the coming of a mining company in their area brought some excitement as it meant their lives would be transformed both socially and economically.

On paper, the community was to get a school, clinic, a two-kilometre road and portable water as part of Ilomba Mining Company’s social corporate responsibility. The company also promised to plant a mineral processing factory which the community was expecting it would employ most of the members thereby significantly reducing poverty levels.

At least 25 years of the company’s operations in the area, the people of Mbirima have nothing to show except for the mounds of earth and trenches created by mining activities. Their socio-economic life has not changed. On the other hand, loads of granite worth millions of dollars have been shipped from the area to international markets.

“We are not happy. The community is not happy because the mine is not benefitting us. The promises the company made have not been fulfilled,” says Mercy Mpoha, a ward councillor in the district.

A local chief in the area, Group Village Head Mwenembirima also shares the same concern that the community has not benefitted from the mining activities as the company has not honored its pledges of providing some social services as part of its social responsibility.

The frustration of breach of promises triggered anger amongst the communities who protested and forced the mine to close albeit temporarily because of a court injunction that was granted. The protests also saw the community impounding a truckload of soda light granite that was bound to be exported.

The court order was soon vacated paving way for operations to continue at the mine operated by Chinese investors.

However, the expiry of the mining license for the company last year brought new protests with communities and civil rights groups demanding that the license should not be renewed.

Cossam Munthali of Natural Resources Justice Network says his organisation opposes the renewal of license for Ilomba Mining Company because of the firm’s breaching of promises to support the community.

Speaking in Parliament, chairperson for Parliamentary Committee on Natural Resources and Climate change Werani Chilenga said in the 25 years of its operations, the firm had constructed only two boreholes, adding weight to the community’s concern and demands that the firm’s license must not be renewed.

Responding to Chilenga’s concerns, Minister of Mining Rashid Gaffar said Government was yet to renew the license but pointed out that the granite from Ilomba “is the best”.

“The Government is yet to renew the license as it is waiting for the company to reach an agreement with communities on development projects,” said Gaffar, promising “I will get the best for the people of Ilomba.”

According to Gaffar, the policy of the Ministry demands that a miner must reach an agreement with the community before getting a license. However, the case at Ilomba raises questions about the legality of the policy. There are no redress mechanisms in case of breach of the agreement by the miner, at least going by the events in Chitipa.

Social commentators argue some Chinese nationals have engaged “in petty and dubious dealings that do not favour” locals. This also includes illegal mining activities in some parts of the country such as Rumphi and Mzimba.

Mining activities in the country are guided by the Mines and Minerals Policy which was developed with the aim of inducing and guiding sustainable mineral development in the country’s quest to develop the existing potential of the mining sector as outlined in the Malawi Economic Growth Strategy.

The policy recognizes a number of social issues associated with mining that need to be taken into consideration. These, among others, include social injustices, health, job opportunities, education and gender imbalances.

It also points out the fact that there is inadequate empowerment of local people and that there is lack of articulated social responsibilities for mining companies and compensation of owners of land and communities affected by mining.

In this regard, the policy commits to ensure that mining related social issues are addressed by working with investors to ensure that local communities benefit from mineral development.

According to the policy, government, in partnership with investors, is to provide access to health and other social facilities for mining communities and encourage the developer to give priority to local communities to acquire assets left by the company after mine closure and enforce the legislation dealing with compensation of communities affected by mining operations.

“…during the development of the policy, there has been a wide recognition of the need to attract investors for the sector to grow, while delivering tangible social and economic benefits to the people of Malawi,” reads the policy in part.

Largely, the policy seems to be in existence at least on paper as its enforcement is at its lowest. This is evidenced by failure by duly licensed companies to respect social responsibility commitments as required by law and practice.

Instead, there has been a proliferation of illegal mining mostly by foreigners including the Chinese. Two years ago, a subordinate court fined three Chinese K7 million each for illegal mining practices.

In May this year, the country’s President Lazarus Chakwera announced plans to reform the mining sector to boost the economy of Southern Africa’s most impoverished country, promising to crack down on illegal mining and mineral smuggling.

He said the country has not benefited from the mining sector largely because the sector has faced exploitation by both locals and foreigners.

However, lawmaker Chilenga says despite the country having proper mining legislation to regulate the industry, authorities fail to enforce the laws.

At least K25 million is lost per day to illegal mining in Malawi.

The country relies on rain-fed agriculture and its biggest export is raw tobacco leaf.  The development of the mineral sector is considered as a main key for the diversification of the Malawi’s economy and achieving economic growth and sustainable development.

Unless the conduct of the players in the sector is properly guided by law, the country’s 19 million people will continue to wallow in poverty while millions of tones on minerals make their way to international markets through dubious, illegal and unsupervised operations.