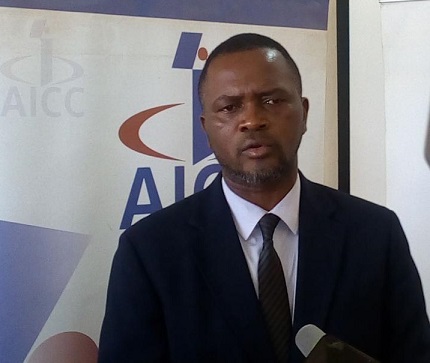 Kabondo:He is spearheading transparency and governance issues in Malawi but is under scrutiny on the same

Malawi Economic Justice Network (MEJN), a local governance body, is bogged down by internal governance issues ranging from lack of transparency, wasteful expenditures, the resignation of some board members and dubious hiring of senior staff.

The status quo at MEJN, once a powerful body whose views on economic and governance issues would send shock waves in the corridors of power at Capital Hill, has degenerated into a former shadow of itself.

Sources corroborated that MEJN’s apparent demise is the handiwork of its long serving Vice Chairperson Jeff Kabondo, who is also Executive Director at African Institute of Corporate Citizenship (AICC).

By the way Kabondo is the National Coordinator of the National Integrity Platform, a precursor to the first ever Transparency International Malawi Chapter.

The National Integrity Platform is a relatively new organization that was formed as a product of a project (National Integrity System Support – NIS project) implemented by African Institute of Corporate Citizenship (AICC) and Malawi Economic Justice Network (MEJN).

Paradoxically, AICC and MEJN have a similar line of work and sources have alleged that Kabondo while conflicted also pilfered some projects from MEJN and brought them to AICC.

Kabondo, who is also National Coordinator of the National Integrity Platform, is also accused of favouring women to head MEJN despite the fact that they lack experience and appropriate qualifications.

For instance, he approved the promotion of June Kambalametole to be Acting ED when Dalisto Kubalasa left.

When contacted  for Kabondo for comment, he pushed forward all queries to the Board Chairperson Bishop Mutumbuka. Bishop Mutumbuka joined MEJN in 2015 while Kabondo joined in 2002.

“I am sure he can competently answer such questions,” he said.

Sources insisted that Kabondo makes all decisions that require a full board and then asks Bishop Mutumbuka to rubber stamp them as if the whole board has met and deliberated.

But later he loosened up and said “The board is constituted by members from across the country. Because of limitations by distance, the other members don’t participate as actively compared to those in Lilongwe”

On some wasteful expenditure at MEJN that some board members are flown from Blantyre to Lilongwe despite policy contradictions on travel and the organisations is not enjoying a healthy financial status.

“Like other organizations facing financial difficulty, MEJN has not been able to finance physical board meetings. However, the board is able to communicate and make decisions via virtual platforms,” he said.

Mrs Kapiri and Mrs Valera resigned within a month of each other while Dr Munthali left after his appointment into the public service as Director of the National Planning Commission.

“The board is supposed to meet three times a year and re-elected every year at annual general meeting. But since 2017 this has not happened. Where does MEJN get the mandate to call for governance when its house in not in order?” the source queried.

On allegations that he is the only active member and that other left because of lack of transparency and some governance issues, Kabondo said Initially the board had for members based in Lilongwe but three have assumed new social and professional roles and hence resigned.

“That has left me as the only member based in Lilongwe,” he said.