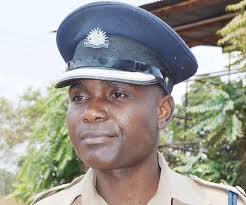 The USA based Committee to Protect Journalists has made an impassioned plea to Malawian authorities  asking them to drop the prosecution of three journalists who wanted to cover the return to the country on January 8 of a European Union electoral observer mission, but were instead detained for two hours at Kamuzu International Airport in Lilongwe, the capital.

The Malawi Police Service charged the trio with disorderly conduct and they must appear in court on January 18.

According to Regulation 12 of the Aviation (Airport Security) Regulations, if found guilty they could be fined 10,000 Malawian kwacha (US$13.56) and given a prison term of five years,according to a copy of the relevant section of the act viewed by CPJ.

Broadcasting Station (ZBS) were at the VIP section of the airport to cover the arrival of the delegation, who were due to present their final report on the disputed May 21 election, according to media reports.

“The arrival of the EU delegation was of public interest and for airport police to detain and charge the journalists is unacceptable given that they were not committing a crime,” said Angela Quintal, CPJ’s Africa Program Coordinator. “We urge Malawian authorities to drop the charges immediately and not waste the court’s time on a frivolous case.”

Golden Matonga, who is an investigative journalist but also reports on current affairs for NPL, told CPJ via messaging app that he had gone to the airport to cover the visit by the delegation at a time the country’s constitutional court was expected to hand down a judgment on the disputed presidential election. Both Malawi’s Law Society, as well as the opposition leaders who have challenged the presidential election result in court, say publishing the report is ill-timed because the court has yet to rule on the matter.

He was asked for his press credentials by the EU security team and the Malawi police and complied. While the EU team was happy for him to cover the delegation’s arrival, Matonga said, the local police told him he was not able to take photographs or work there as he did not have permission to do so. Matonga also described his experience in a post on his blog.

When ZBS editor-at-large Steve Zimba and his cameraman Francis Chamasowa arrived they were told the same thing, said Matonga.

“We argued that the area was a public space and journalists conduct interviews there all the time.”

However, a senior policeman ordered that the trio be arrested and they were held in a police cell at the airport for two hours, said Matonga.

Zimba told CPJ via messaging app that when he and Chamasowa arrived at the VIP lounge he was taken aside and asked to accompany a police officer.

“Since the flight had already touched down … I resisted as I wanted to talk to the EU delegation,” Zimba said. He added that the officer then harassed and insulted the journalists. The officer was then joined by about 30 other police officers in uniform and civilian clothes who too began “showering insults on us,” said Zimba.

One of the police officers received orders on the phone to arrest them. Their equipment was confiscated, their footage deleted, and they were locked in a police cell in the airport, he added.

Police first charged the trio with “conduct likely to cause breach of the peace,” according to Zimba.After the journalists were taken to the Criminal Investigation Department, the charge was changed to disorderly conduct under the Aviation Act, said Zimba.

Malawian police spokesman James Kadadzera told CPJ via messaging app that the three journalists were detained by airport police for “disorderly conduct at an airport contrary to the Aviation Act” because they had not sought the necessary permission to “cover airport activities.”

“The arrests were effected as a result of the three journalists’ failure to follow protocol in line with the Aviation Act,” he said. They did not have the necessary permit in terms of Regulation 12 of the Aviation (Airport Security) Regulations, said Kadadzera.

“It is not the wish of airport police to apprehend or arrest media practitioners whenever assigned to carry out official duties” he said, adding that police were committed to maintaining a good working relationship with the media.

An EU spokesman was not available for comment at the time of publication.