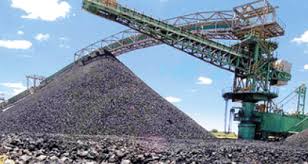 Mining is a nascent industry in Malawi

Malawi Civil Society Organizations have expressed worry over delays by Government to disseminate the revised Mines and Mineral Act of 2018 to communities across the country through sensitisation campaigns.

The CSOs’ concern come amid revelations that communities and some mining investors who are involved in the extractives industry feign ignorance of provisions of the revised Act despite it being in force since September of 2019.

Foundation for Community and Support Services (FOCUS) Project Officer Robert Silungwe said it is unfortunate that despite the Act being revised communities are yet to be sensitized on the new changes of the mining law.

He added that government has an oversight role of supervising and monitoring how these mining companies are conducting themselves like following if they are doing things within the newly revised law.

“For so long mining investors were left to do whatever they wanted therefore not even listening to people and addressing their concerns hence the community’s anger and conflict with investors, but we hope with the revised law community issues will finally be dealt better,” said Silungwe.

CCJP Desk Officer at Karonga Diocese Lewis Nkhatha noted that there is a lack of dialogue between duty bearers and community members when it comes to mining hence the interface to bring them together to find solutions on the problems.

“Due to a lack of dialogue between the communities and investors there is a lot of conflict that is taking place at grassroot level thus the meeting was organized to find action points to reduce the conflicts especially here in Karonga,” he explained.

But Ministry of Mines, Energy and Natural Resources Public Relations Officer (PRO) Sangwani Phiri, while admitting that there is a lack of awareness on the new Act, said government was in the process of launching awareness campaigns on the same that will target district structures that are used by Ward Councillors and Members of Parliament.

“It is true that not many people are aware of this new and revised Act as such the department of mines is taking necessary steps to have it disseminated to all Malawians so that they can be aware of the new law,” he said.