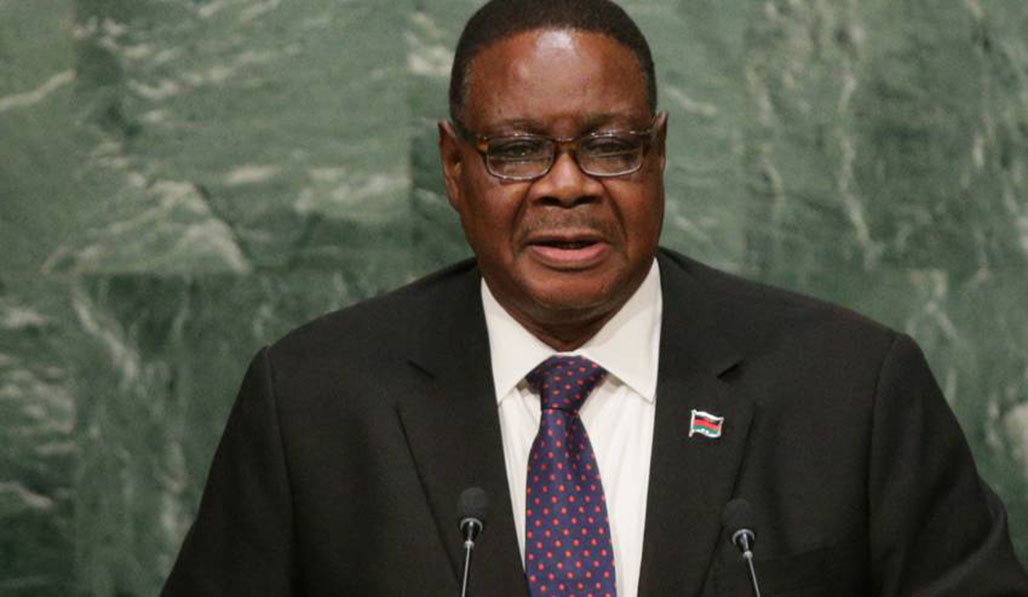 Prospects for Malawi to have large scale mines in operation have skyrocketed following State President Arthur Peter Mutharika’s State of the Nation Address (SONA) in which he pledged to issue mining licenses to eligible investors as one way of fulfilling his economic transformation agenda.

Save for medium scale coal and limestone mines, Malawi does not have an operational large scale mine since Paladin Africa, which operated the Kayelekera Uranium Mine in Karonga, placed the mine on care and maintenance in 2012 following a fall in prices of the yellow cake.

But in his speech entitled “Consolidating Our Gains for Rapid Transformation” which he delivered at the state opening of the 2019/2020 budget meeting at Parliament Building in Lilongwe following his re-election in the May 21 watershed elections, Mutharika stressed that in his second five-year term, his government will facilitate issuance of new mineral licences to capable large scale mining investors.

“Madam Speaker, with regard to mining, I reiterate that mining remains one of the most important sectors of my Government,” Mutharika said.

He said his government has put in place a robust policy and legal framework to guide investments in the sector so that local communities benefit from mining projects.

“The world needs us, and we need the world. Malawi is open for business on condition that our people must be the first to benefit,” he said.

Mutharika, who has appointed Bintony Kutsaira and Mungasulwa Mwambande as Minister and deputy minister of Natural Resources, Energy and Mining respectively, said his government will establish a mining investment vehicle to provide stewardship in promoting sustainable mineral development and mining investment.

He explained that the vehicle will also assist in curbing illegal mining in the country.

Mutharika said: “We will also ensure that this country has its own laboratories to test minerals.

“While we are opening up for business, we want to ensure that we have more control of our minerals.”

Prospects are high for a number of exploration projects to reach mining stage in Malawi with several investors reporting progress in their studies.

These include UK firm Mkango Resources which is progressing with a bankable feasibility study to start rare earth mining at Songwe Hill in Phalombe while a Chinese Company MAWEI Mining is advancing with studies to kickstart titanium mining at Makanjira in Mangochi.

Mining is also likely to start at Kangankude Rare Earth Project in Balaka as court wrangles between a South African investor Rift Valley Resources and the government have been resolved, and the company has roped in ASX-listed Lindian Resources to acquire 75% in the mine.

Mutharika also lauded progress that an Australian investor, Sovereign Metals is making at Malingunde in Lilongwe.

“We will also commence the mining of graphite in Malingunde, Lilongwe,” he said.

A number of mining projects have been failing to come on stream because of lack of cheap power from the main grid due to the country’s power generation challenges, and the Kayelekera Mine has been using diesel generators for its operations.

But Mutharika assured the investors that his government will continue working on projects to make sure that adequate power is available for businesses.

He also thanked the management and staff of Electricity Supply Corporation of Malawi (ESCOM) and Energy Generating Company (EGENCO) for commendable efforts in ending power shortages in the country.

Mutharika said both companies have worked hard to improve power generation capacity and supply which has ensured that various investments that require power are effectively operating.

“The improvement made by these two entities is a result of the reforms that my Government implemented in the power sector which saw the unbundling of ESCOM to create these two institutions which have now brought efficiency in power generation and distribution,” he said.

Mutharika said under US backed Millennium Challenge Account his government managed to rehabilitate and modernize NkulaA Hydro Power Plant which resulted in the increase in its capacity.

Government has also intensified efforts to tap power from the Southern Africa Power Pool through the interconnection deals with Mozambique.

Mutharika also announced that his government will as soon as possible start construction works for the Mzimba Wind Energy Project.

Commenting on the mining plans, Chairperson for Nyasa Mining Corporative Percy Maleta told Mining & Trade Review that as artisanal and small scale miners, they support the idea of a mining investment vehicle as long as it has the mandate to support small scale miners.

“If the vehicle will aid ASMs in the areas of prospecting and mining; good practices in mining/environmental issues, value addition and market accessibility, we will be able to grow and move to medium scale and later large mining scale,” Maleta said.

He said the government also needs to regulate the industry to ensure that small scale mining licences are only issued to Malawian citizens, and root out smuggling of minerals, which is leading to loss of foreign exchange for the government.

But Chairperson for Natural Resources Justice Network (NRJN) KossamMunthali was quoted in the local press as saying that there is need to do more homework to start mining in the areas mentioned by the President in terms of environmental and social impact assessments to ensure sustainable exploitation of the minerals.