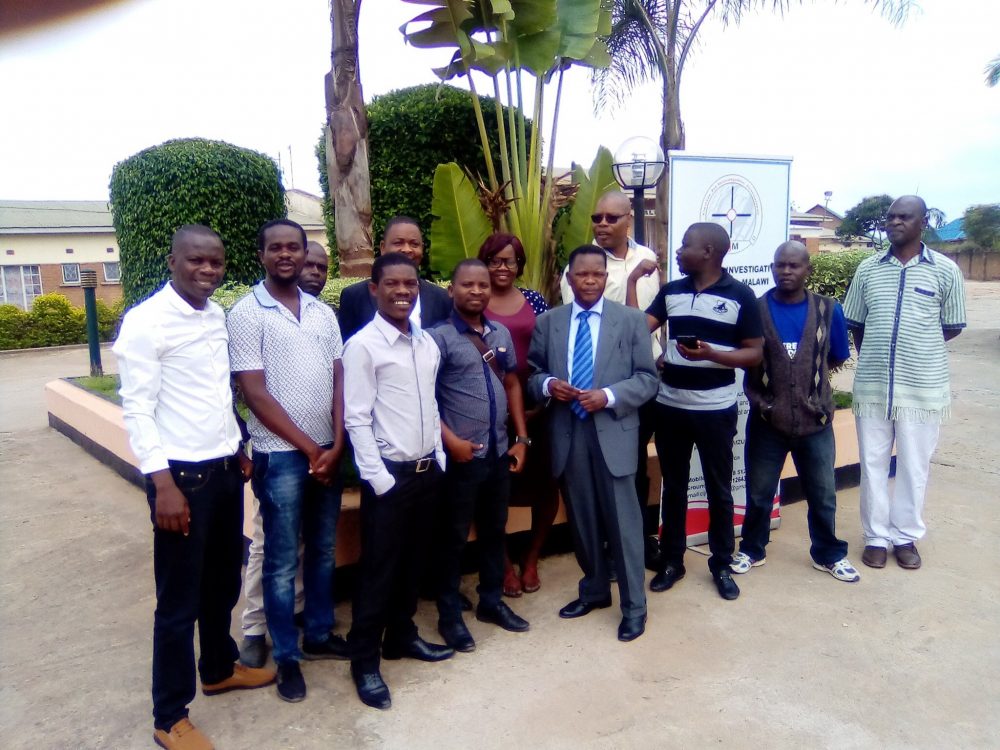 The extractives industry in Malawi remains under reported

A total of 15 journalists from various media houses in the northern have been drilled on how to report on issues that will strengthen accountability in the extractive industry through investigative reporting.

A three day long training workshop which took place in Lilongwe Mzuzu dwelled on a number of thematic areas which among others gave the scribes food for thought on governments projects on extractive industry sector which is expected to contribute 20 percent of the country’s domestic products by 2020.

The Centre for Investigative Journalism Malawi (CIJM) organized the training.

In his presentation one of the economic academicians specialized in the extractive industrial studies, Lowani Mtonga expressed the need for professional reporting on issues to do with mining in Malawi which he said needs special attention if communities are to be enlightened on their contribution towards the industry.

“Journalists needs to be well conversant with issues to do with this extractive industry, though Malawi is now a member of the Extractive Industry Transparency Initiative (EITI), that  means these natural resources will have to be mined and governed in line with global standards for transparency and accountability,

“The absence of strong investigative media in Malawi fuels a culture of impunity and unaccountability among both elective officials and corporate elite, so to ensure the government meets EITI standards, and Malawians have access to information about the developments in this new sector, the media needs to be strengthened on how it can be reporting,” Mtonga said.

One of the participants to the training workshop George Chitaya described the presentations as an eye opener which he said will help provide mentorship to guide story ideas and planning, research, writing and quality control and publication on issues to do with the extractive industry which has been neglected for a long time.

“As journalists we commit ourselves to the highest standards of independent journalism so we need to serve the public’s right to know, in line with section 36 of the Malawi’s constitution which guarantees this fundamental right in order to allow citizens to make decisions and judgments about what is in their society,

“This will also help us to exercise our role with great care and responsibility to safeguard public trust in our integrity as we are expected to exercise the highest level of ethical conduct in line with journalistic values globally,” Chitaya said.

The Malawi’s Mining report analyses the tax revenue from mining focusing on how legislation can be improved to ensure that communities also benefit more from the country’s natural resources.

Ironically the issue is critical in that mining has hitherto contributed relatively little to the country’s revenue but it is a growing sector, the report focuses much on the close largest mining project in Karonga District, the Kayerekera Uranium Mine managed by the Australian company, Paladin.

According to government figures, Malawi loses K17.28 billion annually which could pay over 60 percent of the cost of the Ministry of Health as projected in the 2012/13 (K27.6 billion) or the entire budget of K13.8 billion meant for the public universities due to reductions of corporate and royalty income rates.