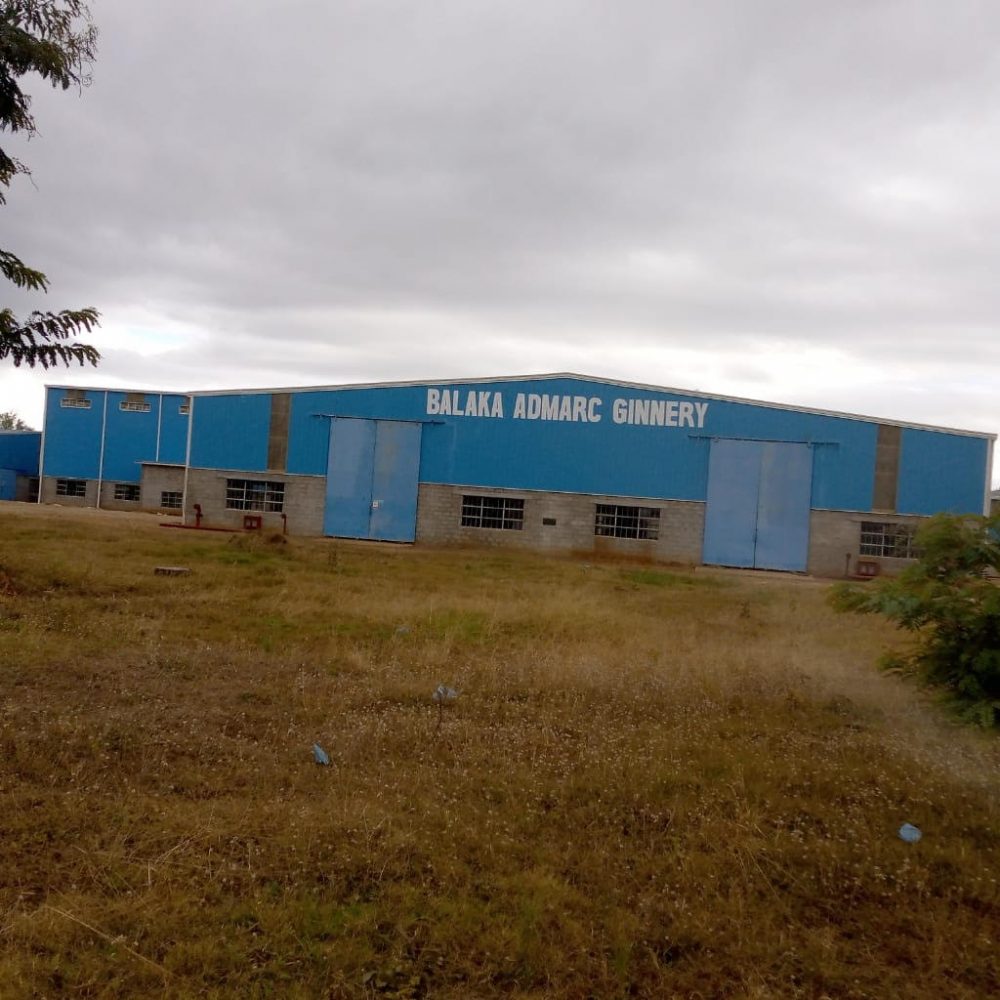 A Chinese company has revived cotton production in Malawi

Malawi has called in the Chinese to ramp up cotton production and they are making a big impact but a cost, and skills are not taking place.

The trio has not known any other ‘job’ all their lives apart from growing cotton on their respective parched customary lands.

But the crop’s decline in terms of both yield and prices has put them in a quandary because they are forced to grow others crops for survival.

Both state and private companies which supported smallholder farmers like them with inputs, expertise and markets seem to have vanished from their backyards.

“Because of these challenges, you find that the number of people growing cotton has declined, which is bad to household and national incomes. We need some change, we need the inputs programme back,” Sarai Nkhonjera, who is also Cotton Farmers Association (COFA) Vice-President, told the media.

Even in boon years, Cotton farmers made little or no savings to help them bankroll the next farming season.

Generally, the country’s saving rate has not picked up from almost 3 per cent of the Gross Domestic Product (GDP) of almost MK 5 Trillion.

The state owned Agriculture Development Marketing Corporation (ADMARC) which had provided inputs, expertise and markets since 1964 also abandoned ship and is concentrating more on other crops such as maize, beans, pigeon peas, rice and groundnuts among others.

Paradoxically, ADMARC’s ginneries through out the country are gathering dust and its Chinese donated machines are depreciating into oblivion because there is little or no cotton coming through.

Malawi’s economic structure is mainly dependent on Tobacco, Tea and Sugar topping the list of major export crops. Agriculture accounts for one third of the country’s GDP of $6 billion and 80 percent of export receipts.

That is why former President Bingu wa Mutharika, who bragged of colour dreams, seem to have dreamt of the plight of Malawi’s cotton farmers barely three years into his first term as Malawi’s President in 2007.

In December 2007 Malawi under his leadership unceremoniously dumped its diplomatic ally, Taiwan of more than four decades in favour of mainland China.

Mutharika then flew to Beijing in March 2008 for talks with then President Hu Jintao.

It was during a reception dinner one evening with Chinese investors, that Mutharika invoked his dream by asking the investors to come to Malawi and resuscitate the cotton industry, an implicit admission that the Malawi government had abandoned the sector in favour of other crops.

Two decades of the Malawi government trying various interventions and pumping significant sums to scale up the production and marketing of cotton yielded little success.

Without delay, in 2009, the China-Africa Cotton Development Ltd registered in Hong Kong and joint-ventured by China-Africa Development Fund, Qingdao Ruichang Cotton Industrial Co., Ltd and Qingdao Huifu Textile Co., Ltd, was born with a plan to invest about US$64.72 million.

Thus with all red tape and bureaucratic hurdles cleared by President Mutharika himself, the China-Africa Cotton Development Ltd set up the Malawi Cotton Company Limited (MCC) to re-live Mutharika’s dream in the cotton sector

At establishment, Chairperson of Africa Textile Wenbin Ju said the new company will employ up to 1,500 Malawians and rake into the Malawi economy about $36 million per year.

“There is no positive correlation between the amount of investments by China and the number of jobs created. In some years they are more investments and fewer local jobs meaning that the Chinese would have imported labour,” said Theodora Thindwa of Mzuzu University in her research paper titled “China-Malawi relations: An analysis of trade patterns and developments implications”

However, she warns that the different economic sizes of these two countries and the overall economic growth have an impact on the relations of the two countries.

“There is a trade imbalance which is in favour of China. This is because Malawi exports primary unprocessed products, which are subjected to price fluctuations at the global level. While, China exports manufactured goods, which fetch high prices due to value addition,” Thindwa noted.

Experts reckon that cotton production has huge economic potential saying it can rake in excess of US$500 million per year, way above what the country get from the main export crop Tobacco.

All ginning machines used there are the most advanced ones available in China, which meet the requirements of producing high quality yarns.

The company has established supply relationship with many textile manufacturing companies and gained good reputation in the international market.

China-Africa Cotton is committed to invest and develop the African agriculture industry. The company has established 7 ginneries and 2cotton seed oil extracting mills and one special seed plant in Africa.

With an annual purchase of 100,000 metric tons of seed cotton, Company utilizes thousands of hectares of land and benefits 200,000 local farmers with direct hire of 1,800 local employees.

In Malawi cotton in grown mostly in the Lake Shore districts of Karonga, Salima, Mangochi, Balaka, Nsanje, Chikwawa and on the banks of the Shire River.

Malawi produces on average 158,000 metric tonnes of cotton annually and export about 32% of the total production, according to the Malawi Investment and Trade Centre.

Malawi’s former Minister of Agriculture and Water Development Joseph Mwanamvekha hailed the coming of the company describing it as a panacea for the cotton sector saying apart from creating jobs, the textile factory will help to boost the growth of the cotton industry which has been going down in the past years.

“Government has taken strides towards re-energizing the cotton industry, and this factory will help a lot as it will be a big market for cotton farmers,” Mwanamvekha said.

In subsequent inquiries, Mwanamvekha was unable to unpack the specific interventions the government had either lined up or implemented to further boost the cotton sector.

However, Malawi has highlighted cotton as a priority export crop in its National Export Strategy because of its potential to generate both foreign exchange and reduce poverty

For the past five years, production has been dismal further dropping by 85 per cent.

During the same period, the country lost almost $60 million in earnings and 150,000 farmers have been rendered redundant about half of the total engaged in the industry.

Similarly, on the industrial side out the 12 cotton Ginners the country used to have only three remain operational.

Of these, the major player is the newly launched Malawi Cotton Company Limited, which has since invested another US$20 million in ginneries and farmers’ support.

The company trumpets its existence in Malawi as “The miracle of Malawi Cotton industry”.

Most significant, the company has managed to increase yield per hectare to 3500 kilogrammes from 650 because of major investments in terms of farm input loans, expert advice and marketing services.

However, the company says the Malawi government should protect ginners’ investments through a policy that constrains ginners to buy according to inputs invested.

Malawi Cotton Company Chief Executive Officer Shi Jingran said it was only his company which is extending inputs on credit to struggling farmers.

But here comes the caveat.

Most farmers in the cotton growing districts blame the Malawi government for failing to properly regulate the cotton industry in the interest of farmers and the economy arguing farmers spend a fortune on inputs, yet the government has turned a blind eye on their plight and is not protecting them in the whole farming chain.

Rural farmers, mostly illiterate farmers get these inputs at exorbitant rates, are made to sign contracts in English with little or no translations.

In some cases, no contracts are signed.

In many cases, what they earn from their produce is taken back in repaying the loans and they are left with little or nothing for themselves to kick start the next farming season.

They are trapped in a vicious cycle of poverty at the benefit of the Chinese.

“The current system of allowing smallholder cotton farmers to source inputs on their own without any organised input supply system results in all sectors losing out,” according to the paper titled Cotton Sector at the Crossroads in Malawi: A Business Case for Government Investment and Inputs.

“The cotton sector is operating below capacity as result of outstanding debts owed by various actors within the sector which has affected the financial position and overall value chain performance,” reads part of the report.

On the company front, local workers are pushed to lowly paid jobs like clerks, drivers and other manual labour.

There is no skills transfer to locals even if they are educated because the company ships in Chinese experts from Hong Kong to assist in the whole processing chain from seed selection and breeding, agriculture technology training, cotton harvesting and processing, to packaging, warehousing and transportation.

Malawi Cotton Company claims that Chinese experts are brought in to guarantee quality production at every level, which locals cannot.

However, Thindwa then recommends to the Malawi government that it must ensure when signing deals with China to tweak in specifics like how many Malawians will be employed, the specific sectors they will work in and their terms of employment.

“In addition, there should be a match between technical college training and skills required for Chinese investments so that importation of Chinese labour is reduced.

This work was produced as a result of a grant provided by the Africa-China Reporting Project managed by the Journalism Department of the University of the Witwatersrand.E