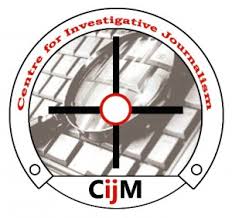 Lets hold everyone to account for their actions or lack of.

Numerous non-profit investigative journalism hubs that are relatively small in size and may, therefore, be considered developing, ,have operationalised in southern Africa from around 2015, to hold power to account.

These hubs, which are exclusively dependent on donor support and are yet to develop their own independent revenue generation strategies, have tended to peg their programming mostly on investigative content production and capacity building, with negligent attention on advocacy and research.

They have managed to produce content that has identifiably brought about change in terms of such considerations as policymaking, prosecutions and other corrective interventions.

The hubs have played their role to varying extents in making investigative journalism more visible and promoting access to information relating to public-private accountability, transparency and integrity.

But they have been saddled with typical constraints that include over-dependence on donor funding, which seems to be receding, and their failure to establish alternative revenue streams.

However, all the hubs that participated in the study are clear on the opportunities that lie ahead as they work to galvanise their programming. and make it more sustainable.

Such opportunities include enhancing monitoring and evaluation capacity, increased advocacy, more robust adoption of multi-media methods of story-telling and content production and greater commitment to the framing and implementation of alternative resource mobilisation models.