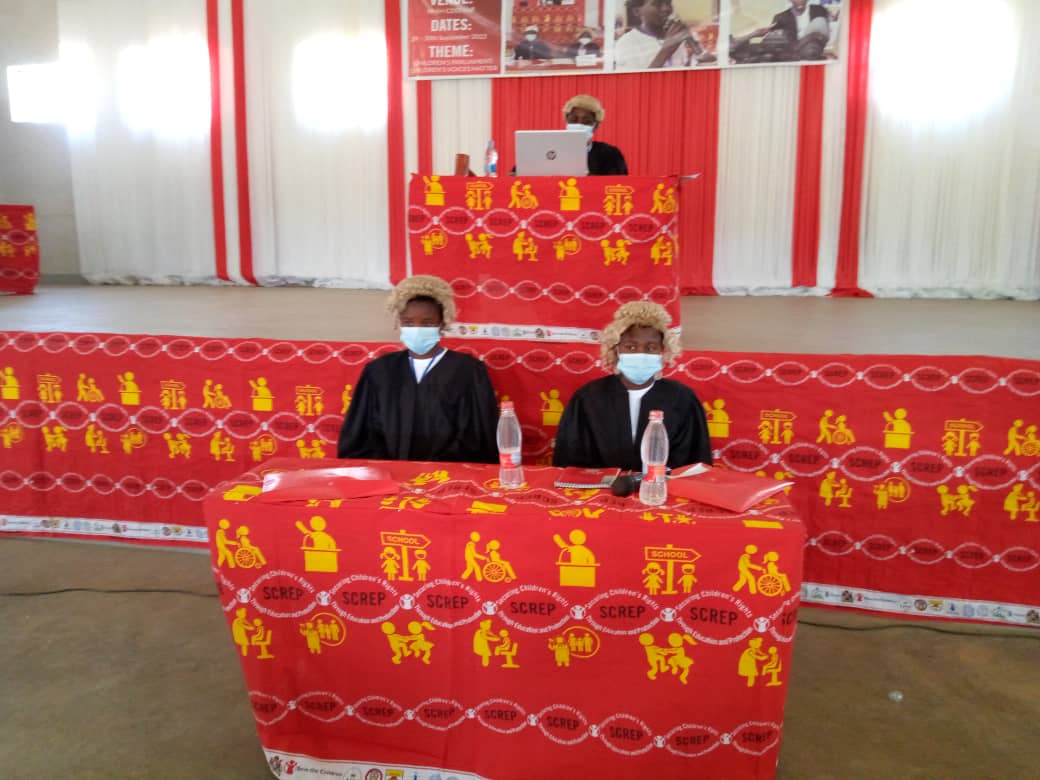 Children's Parliament in Malawi are playing a pivotal role

Role-playing Children MPs for Mzimba South District have asked government to speed up the operationalisation of the National Children Commission which was birthed in 2019 after the amendment of the Children Act saying the delay is infringing on the safety and security of children in Malawi.

Organised by Save the Children and other stakeholders such as the government and CCAP Church of Livingstonia, these Parliamentary sessions started in 2019.

“It is our belief that children are not mere recipients of development but partners in development hence their voices matter. This means their voices need to be heard as participants and not mere beneficiaries,” Save the Children’s Senior Technical Advisor on Policy and Programmes John Chipeta said.

The 55 Children MPs headed by Speaker Rachael Ngulube and Faith Mzumara made the clarion call on Thursday at Munjiri CDSS at Mzimba Boma during the ‘official’ opening of the third session of Children’s Parliament for Mzimba South District.

Ngulube said the Parliament has been pivotal in uplifting the lives of the children in the district the construction of school blocks and the re-admission of the girl child into schools.

“All resolutions we come up with are forward to responsible duty bearers for action. So, our deliberations are serious and tackle serious issues. Hence, what we do is fruitful,” said Ngulube, a form two student at Stella Marris but comes from Manyamula in the district.

Previously housed at the Ministry of Gender but now shifted to the Ministry of Homeland Security, the Commission has a MK100 budget, some of which has been used to procure furniture and equipment of the yet to be appointed five commissioners.

Among other tasks, the functions of the Commission include; advising government on matters relating to the rights and welfare of the children, ensure multi-sectoral coordination and cooperation among stakeholders providing child related services and to lobby for resources for child-based programmes including increased government allocation to children.

Member of Parliament for Dedza North, Savel Kafwafwa, who is also Chairperson of the Parliamentary Committee on Social and Community Affairs, hailed efforts by Save the Children for making sure that that these Children Parliament sessions occur throughout the country annually.

Chipeta also said the amendment of the Children Act and the culmination of the Commission provides a legal framework for children participation in development and also ensures their safety where they live in the village or urban areas.

“As Stakeholders we will fail in our duty if we fail to ensure the safety of children. We see many substandard buildings which are a threat to our children. Most infrastructure for leaning is still pathetic coupled with lack of Teachers and lack of support for caregivers,” he noted.