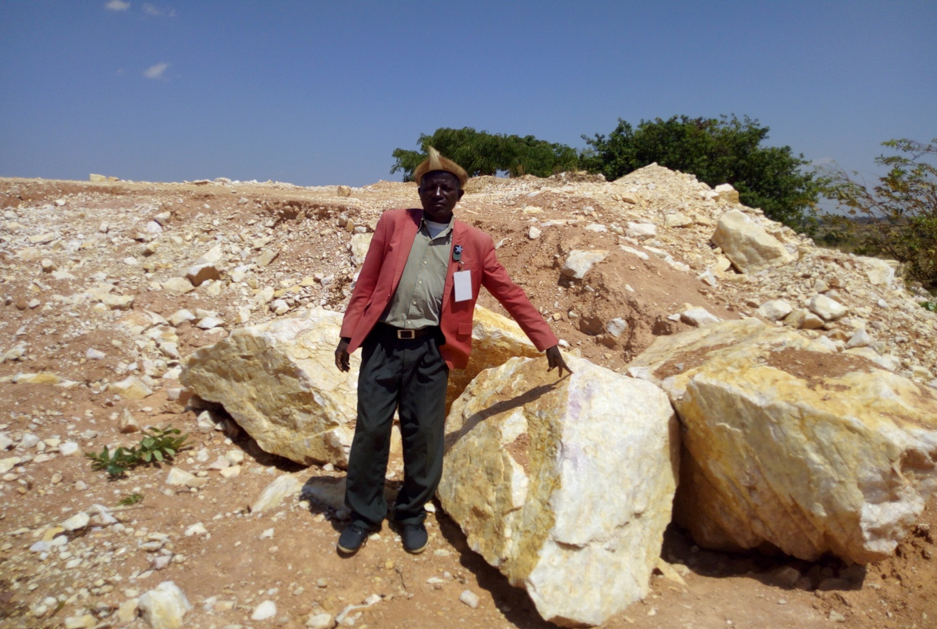 For three years, 26-year-old Granger Chizeve has known only one job: cropping rose quartz gemstones at a mining site owned by Chinese nationals and their local partner in northern Malawi.

Malawi is endowed with vast mineral resources such as gemstones, rubies, gold, niobium, sand dust lime, and others, but the southern African country remains one of the poorest in the world.

“I have little to show for my work at the mine,” he said. “My village remains the same like it was in our grandfather’s days. We still lack a clinic and clean water.”

His community under group village headman Mchapasalu Geoffrey Evans Mtika does not have any development projects that can be traced to the Chinese working in the mines within their villages.

Mtika said the Chinese working with their local partners have been operating in the area for three years, but have done nothing for the community living around the mining sites.

“These Chinese have been in our area since 2019, but us as the owners of the land where they were extracting rose quartz we have benefited nothing,” he said.

“We requested them to help us with electricity connectivity, but they only gave us US$120 (MK100, 000) when the project requires millions for Electricity Supply Corporation of Malawi Limited (ESCOM) to  connect us to the grid.”

Communities in Mbobo, Mchapasalu, Phazima, and Kadumudumu where the mines are located said they were not benefiting anything from the presence of the Chinese who are exploiting their natural resources.

They blame the situation on lack of enforcement of appropriate laws that were put in place to force foreign investors to operate to invest in areas where they set up operations.

After decades of using an outdated mining law of 1981, a new mines and minerals law was passed in 2018 and gazetted in 2019.

This new law is meant to bring sanity in the mining sector in Malawi by ensuring that mineral resources benefit the economy and attract much needed investments, which can have a bearing on the lives of communities where mining is taking place.

It states that the mining commission, a state mining regulatory body, may suspend operations of the holder of a mining license if the investor has failed to provide what is contained in the community agreements

However, investigations that CIJM carried out in partnership with Zimbabwe-based Information for Development Trust, a non-profit organisation supporting investigative reporting in southern Africa, have established that Chinese investors extracting rose quartz and other semi-precious stones in Mzimba district are not investing in communities where they are working.

ALarge sinkholes, which have scarred the landscape, are the main indicators of the mining in Mzimba.

“But on the other hand I can’t squarely blame them, I blame myself because I and my people did not ensure that those doing mining in our area have a responsibility to help us with our development needs”, Mtika said.

“One Chinese miner only built a big house which is not being used up to now.

“We think that if the government can come in we can start using this building as a market point for the grain buying body, the Agricultural Development and Marketing Cooperation (ADMARC).”

The 11-roomed building had solar panels but a Malawian middleman Davie Banda, who facilitated the deal for the Chinese miner,  took the keys and also removed the solar panels.

Apart from the house, which the Chinese were using for accommodation, they only gave the owner of the land where mining activities took place a paltry sum of US$ 150 as compensation.

Mtika believes that given a chance to discuss with the Chinese minors or their middlemen they would have asked for small projects like the construction of a clinic and boreholes.

Mzimba paramount chief Mmbelwa believes the solution lies in the empowerment of locals to embark on mining activities.

“It saddens me to see a lot of Chinese nationals extracting our minerals without even considering the communities where they are doing the mining,” Mmbelwa said.

“Its high time we also establish companies that can be exploring for minerals in our district.”

The traditional leader said locals can only benefit if they joined forces to form joint investment initiatives that can counter the Chinese nationals through acquisition of mining machinery.

Efforts to talk to the Chinese management at Mizwa Mines that is run in partnership with a  Malawian national, Manyatwako Mbewe, proved futile as they would not entertain our questions.

Mbewe claimed he owned the mines, but refused to shed light on his relationship with the Chinese nationals.

“That is very personal I can’t be here discussing what we agreed with my partners,” he said.

The Chinese embassy in Malawi gave a terse response to inquiries from CIJM concerning the conduct of its nationals involved in mining activities in the country.

Lu Chang, Chinese embassy spokesperson, said it was wrong to paint nationals from the Asian country with one brush, suggesting that those accused of plundering resources in Malawi were doing so as individuals.

Many Chinese nationals have penetrated the remote areas of Mharaunda, Kafukule, and Euthini where they are doing mining using licenses obtained by local middlemen.

Mmbelwa district council vice chairperson, Kefasi Chisi said there was nothing they could do to force the Chinese to invest in communities where they were operating from as some used licenses belonging to Malawian citizens.

Chikomeni Manda an artisanal and small scale mining (ASM) Consultant at Perekezi ASM Consultants, it was difficult to monitor operations of the small scale mines and force them to invest in local communities.

Manda said in Mzimba, for example, many Chinese nationals have invested in mines owned by Malawians and were extracting low value gemstones like rose quartz.

He believes that in a small way locals are benefiting from the Chinese investors through employment though they are being paid wages that do not reflect the work they do for the investors.

Natural Resources Justice Network in Malawi chairperson, Kossam Munthali, wondered why Malawi has an influx of Chinese nationals operating in the districts without any proper entry point and state supervision.

“How they find their way into the remote areas extracting our precious stones is a mystery: the chiefs don’t know and even the local councils are in the dark,” he said.

A Malawian lawmaker, Welani Chilenga, who is chairperson of the natural resources and environment parliamentary committee, said the country had relevant statutes to regulate the extractive sector, but these were rendered ineffective by poor implementation.

Chilenga is of the view that the government is not doing enough to enforce the implementation of mining laws to foster development of local communities.

Mines ministry principal secretary, Joseph Mkandawire said he was not aware of the influx of Chinese nationals involved in the mining of rose quartz in parts of Mzimba district.

Mkandawire said some Chinese nationals have reserved minerals licenses, which enabled them to buy and sell minerals including gemstones.

He insisted that the Mines and Minerals Act of 2019 gave exclusive mining rights to holders of reserved minerals licences, meaning they were not obligated to go into development agreements with the local community.

“But, as a ministry, we are not aware of the Chinese nationals doing the actual mining in the district, whether it be in partnership with local middle men or not,” Mkandawire said.

“We will surely investigate such issues.”

This article was supported by the US Public Diplomacy Section in Zimbabwe and the Centre for Investigative Journalism Malawi (CIJM) – www.investigative-malawi.org –