Zim locks up 550 Malawian migrants
China and Africa Hand in Hand: Toward a Sustainable Future
The story behind Zimbabwean media’s coverage of China 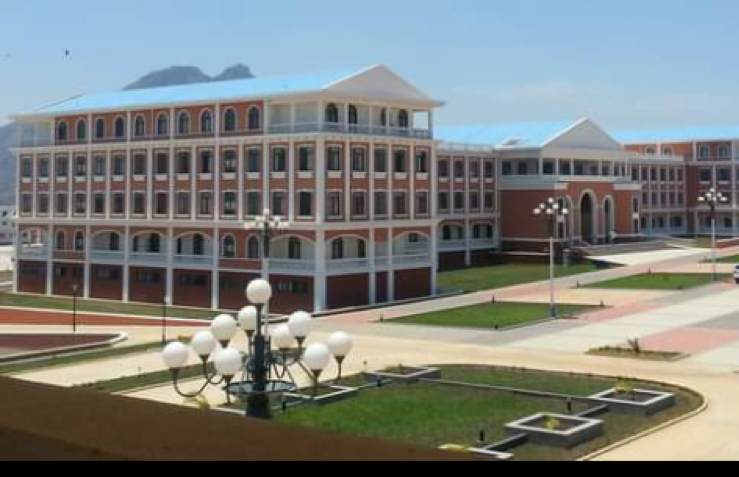 The Imposing Malawi University of Science and technology in Thyolo

Malawi and the People’s Republic of China established diplomatic relations in December 2007 which were formalised a year later in 2008 riding on the on the principles of win– win, non-interference, mutual respect and friendship.

Since the establishment of diplomatic ties, China has assisted Malawi in various aspects including the construction of Parliament Building, Karonga-Chitipa Road, the Bingu International Convention Center, and Bingu National Stadium, Malawi University of Science and Technology, China-Malawi Friendship Primary School, and Thyolo Middle School, among others.

For the people in the northern Malawi, the most impactful development has been the construction of the Karonga-Chitipa road which has eased transportation challenges and boosted economic activities in the northern most districts.

“Development is a process; we are not where we would love to be but we are optimistic that this road will open more windows of development for the two districts of Karonga and Chitipa,” said Paramount Chief Kyungu of Karonga when the road was being constructed.

The 101 kilometre stretch which was undertaken by China Roads and Bridges Corporation at the total contract value of US$70 million, has also instilled a sense of belonging in the people of Chitipa, who always felt marginalized and discounted.

Yvone Sundu is one of the beneficiaries of Chinese scholarships and testifies that her life chances have been widened.

“This opportunity has impacted my life so much that the paper I obtained has added more value, both to my academic and professional journey. I see so many opportunities coming my way as a result of this one big opportunity,” said Sundu who majored in Global Journalism and Communication at Renmin University.

Renowned journalist Chawezi Banda, is of the view that Malawi has benefited a lot since shifting attention from the West to China.

“China has supported us with infrastructure, education and financial resources in several sectors, including health, agriculture and medicine. It has also assisted in public order management by giving over 120 vehicles to the Malawi Police Service, and guaranteed maintenance at their cost,” he said.

Banda added that most importantly, the Chinese approach to Malawi and the third world has been that which considers them as friends with equal capacity to determine their own destiny.

On the downside, he pointed out that some of the major problems were that they have sent their people to Malawi without clear parameters on what they are supposed to do.

“These Chinese nationals have been engaged in petty and dubious dealings that do not favor us. They have opened both retail and wholesale shops of course, employing our people, but on balance, they undercut, rather than help us,” he said.

“We do not know the terms of the loans; we do not know their true value, because everything is done in China by Chinese bankers. There is too much secrecy,” argued Mvula.

While acknowledging that the landscape has changed because of Chinese Infrastructure, Mvula said most projects are white elephants.

He gave as example the Bingu National Stadium, which the country is failing to utilize properly, but will eventually have to pay for.

“Most of the infrastructure development can me termed as pet projects for politicians,” he said.

On the issue of the Chinese treating Africans with dignity and not forcing their values on nations before disbursing loans or aid, Mvula said that is actually very detrimental to democracy.

He said nation states must be held accountable by the people and the International community, as the west does with its projects.

He argued that Chinese money has actually encouraged dictatorship on the continent, warning African countries, including Malawi, must be careful in case they wake up one day and find that they have lost control of their sovereignty to the Chinese.

At continental level, China is presently the leading bilateral lender in 32 African countries and the top lender to the continent as a whole.

According to the Economic Times, China’s total loans to Africa during 2000-18 have been to the tune of $148 billion, mostly in large-scale infrastructure projects.

During the past five years, around 66 percent of the loan amount has been given for transportation and energy sectors. And since 2010, Chinese financial institutions have funded an average of 70 projects every year in Africa with an average value of $180 million.

According to economic analysts, Chinese loan contracts contain more elaborate repayment safeguards than their peers in the official credit market, which basically guarantees repayment by the borrowing countries.

And in November 2020, a Chinese couple was found murdered in Karonga district. Their bodies were found in their shop. The Chinese Embassy described this as a brutal murder, saying foreign nationals must enjoy peace and security in Malawi.

Additionally, some Chinese nationals have recently been involved in various crimes, including mistreatment of workers, poaching, smuggling, and illegal logging.

Earlier this year, a Chinese mastermind of wildlife crimes, Bin Liu, leading a gang of others, was sentenced to 56 years imprisonment.

Another Chinese national, Lin Yun Hua, was on September 28 jailed for 14 years, after being found in possession of rhino horns worth millions of Kwacha.

On 5 October, the High Court Commercial division fined China State Construction Engineering up to K1.7 billion (about 2 million US dollars) for breach of contract laws in the country.

While all these incidences are deeply troubling, Mzuzu University communication expert Precious Madula says the problem is the fact that African leadership does not read the fine print in the agreements it signs with China.

According to Madula, China is well within its rights to act the way it does, and much is perfectly legal and is enshrined in the agreements that are signed.

He says most leaders are blinded by the large sums of money coming in, without seeming to interfere with their governance style. Therefore they let things slide, knowing that they are not going to deal with the implications during their tenure.

On its part, China is also moving to fight illegal wildlife trade. For instance, the Chinese Embassy organised workshops in Lilongwe and Dar es Salaam, Tanzania, aimed atraising awareness on wildlife trafficking amongst Chinese nationals living and working in Malawi and Tanzania.

Speaking during the workshop in Lilongwe, Wang Xiusheng, Charge D’affaires of Chinese Embassy to Malawi, said the Chinese government has implemented a total ban on domestic commercial processing and sales of ivory and products from December 31,2017, saying that was a strong signal of China’s consistent position of wildlife conservation and combating illegal ivory trade.

“China has demonstrated its commitment to wildlife conservation as a responsible country. The rise of a great country shares the responsibility with its citizens, and we have the responsibility and obligation to contribute to the development of Malawi’s wildlife reserves, its ecotourism, and environment,” he said.

Speaking in September during the commemoration of the 72nd founding day of the People’s Republic of China, Malawi’s Minister of Foreign Affairs Eisenhower Mkaka reiterated the fact that government is in awe of the Chinese government’s development trajectory, which he said has enabled it to lift its people out of poverty.

Mkaka said the Malawi government is prepared to work more closely with China in the area of wealth creation, as espoused in the Malawi 2063 agenda.

Despite everything, China is now firmly entrenched as a superpower, and a global donor to be reckoned with. One thing for sure, the African landscape has changed forever, with some countries boasting skyscrapers and state of the art infrastructure, thanks to China.

The balance of power in Africa has shifted forever.