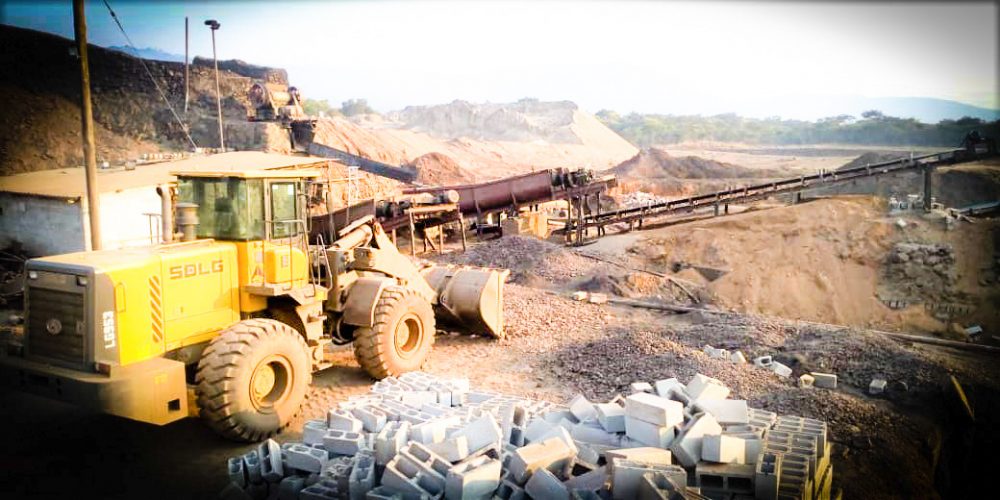 A manganese mine in Mkushi, central Zambia, has been closed with the loss of more than 50 jobs after a shadowy Chinese national allegedly made off with vital mining equipment with the help of police, immigration officials and politicians.

Workers had hoped Jianye Shenglong Company Limited (JSCL) would bring prosperity to their impoverished village, but the company became embroiled in a protracted ownership battle.

The owners included a Ugandan, Jeduthun Nakina, and his wife, Doreen Mutegi, who came to Zambia with Chinese business associates in 2019.

They were attracted by sustained global demand for manganese and established JSCL, a mining and quarrying company, in Mkushi.

There are an estimated 22,000 Chinese nationals living in Zambia, operating close to 300 companies, mostly spread between Lusaka and the Copperbelt in the north.

The Chinese shareholders became involved with another Zambian-based Chinese, Liu Yuye, who is alleged to have brought JSCL’s operations to a standstill by grabbing vital company assets worth more than $350,000 (7.8million Zambian Kwacha).

The Toyota Pajero being used in the campaigns

Nakina alleges that when they refused Yuye’s offer to purchase the mine for $55 000, police arrested them for alleged forgery of a document and fraudulent acquisition of shares in JSCL.

The National Prosecuting Authority later dropped the charges because of lack of evidence, he said.

When MakanDay contacted Yuye for comment, he denied grabbing company equipment and that the accusation is false.

“If you say I have grabbed anything, that is a very false accusation,” he said. He said all the machines are being stored in Mkushi under the court disposal.

He added that any allegations that he moved the machinery from Mkushi to Serenje “is a pure lie if any responsible investigation is conducted” as he was not the one who gave instructions to move the equipment.

Other JSCL shareholders include Chinese nationals – Zeng Jianping, Tang Defeng, Liu and Wang Wei. The quartet cannot be traced as they left the country in unclear circumstances and without the knowledge of other shareholders, including Nakina and his wife.

He said Yuye “snatched the keys of one of the company cars, a Toyota Prado and gifted it to Chester Kasonde, then chairperson of the municipal council in the town of Serenje, supposedly for its protection”.

The other vehicle, a white Ford Ranger pickup, had not been located.

One of the vehicles had been spotted being used in the ongoing election campaigns. Mr Kasonde (pictured) told MakanDay “to find out from the one who gave out the information”.

Nakina said he lodged a complaint of theft and criminal trespass against Yuye at police headquarters in Lusaka, as local police in Mkushi refused to pursue the case.

A team of officers dispatched to Central Province had seized the allegedly stolen equipment at a mine that belongs to Debansy Engineering Company, a firm were Yuye works in Kabundi-Serenje, and from his other residence in Serenje.

JSCL-owned mine before it was shut

However, the police had later returned the property to Yuye.

He said even though the Kabwe office had detailed information of JSCL in an investment inspection report that had been ordered by the head office in Lusaka, the report made no mention of Yuye.

The Kabwe regional immigration office had responded by ordering Nakina and his wife to leave Zambia within seven days as undesirable aliens. The decision was later reversed.

Nakina also alleged that more than 20 000 tons of manganese ore that had been prepared for export at the mine had disappeared without trace, apparently after being sold “unscrupulously”.

The proceeds of the sale had also disappeared.

He said he is challenging the police decision to hand back the allegedly stolen property to Yuye.

When MakanDay visited the mine, a metal barrier barred the entrance to the premises. Beyond the barricade were gaping holes where the manganese washing plant once stood and heaps of brown earth.

Current state of the mine

MakanDay also spoke to former workers, who said the closure of the company had come as a shock.

The former human resources officer, Catherine Mphande, a mother of two, said she lost her job before she could conclude her probation.

She said she was fired when she queried Yuye for smoking in the office.

“I just asked: ‘Sir, if you smoke in the office, it will be difficult for me to work from here because I’m allergic to smoking. He replied that smoking is legal in Zambia and that you can’t stop me because this is my company,” Mphande said.

A senior headman in Kasalamakanga area in Mkushi, Godfrey Musukuma (pictured), said he hoped the mine would help transform his village and connect the local school to electricity.

“The power lines go over the school roof, but government has failed to connect the school,” he said.

“The investors said we can work with you to bring electricity,” he said. “With the confusion that has come, we have lost all that.”

One of JSCL’s former supervisors said he could no longer feed his nine children.

“The police are protecting Yuye,” he said. “If you go there and report, nothing happens; we have done that several times,” he said.

According to company registration records obtained by MakanDay, JSCL has twelve directors, including four Chinese, six Zambians, a Ugandan and his wife – Nakina and Mutegi. Yuye is not among the directors in the company registry.Repeated questions from MakanDay to the Zambian immigration department, asking for an explanation of Yuye’s role in the Zambian mining industry, were unsuccessful.

The department did not respond to a query despite acknowledging that it has reached the director general’s office.

Company records show that Yuye holds an employment permit under Debansy Engineering Ltd in Serenje central Zambia, and that he is the company’s managing director. He is also a director of Grand Prosperous, a company he co-owns with Xiaoming Liang.

The records show that Grand Prosperous deals in non-specialised wholesale trade, warehousing and storage, and that its other business activities include poly pipe manufacturing, restaurants and mining.

Makanday established that the Grand Prosperous-owned restaurant Wok This Way in Kabwe is no longer operating.

Central Province police commissioner, Chola Katanga said the police have been dealing with the case, but that it is a “civil case”.

China owns about 30% of Zambia’s debt, which has led to fears among some Zambians that China has too much control over the country.