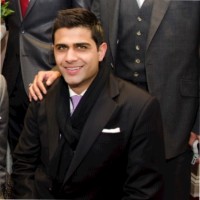 The emerging father of corruption in Malawi

An Indian named Waheed Kassam is the father of Malawi’s Corruption: Will Chakwera stop this guy?

When people are using their positions wrongly, citizens get affected mainly through different ways that affects their day to day life.

One Max Chombe once wrote an article that talks about what is needed for Patrick Sulungwe in relation to the issue of Wassim Kassam the son of MANOBEC Limited managing director Mr Waheed Kassam.

It was claimed that Sulungwe used his position to facilitate a procurement deal/deals for Marep project.

It was alleged that the public needs the Anti-Corruption Bureau at this juncture to do a lifestyle audit and also investigate how contracts were awarded minus the use of the Internal Procurement Committee (IPC) using the old Public Procurement Act.

The article further explained that once Sulungwe is cornered to the wall he will be forced to spill the beans and Waheed Kassam and his son will be at the centre of everything.

That was said then, but the question of who are these Waheed’s is the question that many people can’t tell you a real answer.

But we dig deep and find out more about them. If we talk about Malawi’s most corrupt people, then the Waheed’s are top of the list. Guess what? They have multi-billion investments of hotels in South Africa’s big cities such as Cape Town, Durban and Johannesburg.

Fahim is a chartered accountant who moves with his small laptop everywhere and he is the master of the dirty works as they have been involved in evading tax through bringing in cooking oil and claim raw materials.

These guys have a lot of companies and when bidding for a contract they use different names from time to time and the truth is they have amassed over billions of Kwacha’s belonging to Malawians as each and every year they get contracts from government and MAREP is their other garden.

Currently, they are constructing houses at Area 9 for every child and all materials are of duty free in the name of hotels and after the change of government they targeted different government companies.

Fahim, a chartered accountant, makes all the deals with all big government deals taken by them as all procurement officers are under their control and it on record that every government official has been captured by them and some have been given houses.

This has been happening for as many years as you can imagine, evading tax as well as externalizing forex in the name of hotel construction. They buy materials more than required. For instance, instead of 5 containers they bring 50 or more on duty free and sale the rest.

On externalization of money, they buy goods outside using their Dubai Company and inflate the figures. For example, something they buy at USD10 000 it is invoiced at USD50 000 or more. A container of USD30 000 is priced at a larger amount like USD300 000 and at the border it is reduced to USD10 000.

But who will President Lazarus Chakwera stop “Waheed” or work with him? Thats the million dollar question!