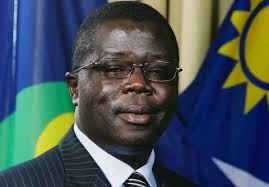 Mkandawire - Smiling all the way to the Bank

The Southern African Development Community (SADC) has swallowed its pride, ending a four- year tumultuous battle with one of its former employee, Judge Mankhambira Charles Mkandawire for illegally and unfairly terminating his contract as the first ever Registrar of the SADC Tribunal which was based in Windhoek Namibia.

Now Judge Mkandawire is smiling all the way to the banks to collect the sum of USD380,184.71 less his cumulative earnings in Malawi from the time of the termination of his contract up to 30th November 2016.

Not only that, Judge Mkandawire is also going to get 10 per cent interest on the amount of claim from 30th November 2016 until the whole amount is paid in full.

The SADC secretariat has also been saddled with the full costs of the suit which Judge Mkandawire filed, according to Judgement delivered on 7th October, 2020, a copy NyasaTimes has obtained.

“The Applicant’s departure from SADC was characterized by extreme humiliation which negatively impacted on the general welfare of his family. His wife and Son who were enrolled at some universities in Namibia had to cut short their studies,” Justice Bere noted.

Justice Bere also noted that following the abrupt termination of his contract, Judge Mkandawire had quickly find some solutions to settle some loans which he had taken in anticipation of his second full four-year contractual term of employment.

“In short, the Applicant made an unceremonious exit from SADC. The whole script makes sad reading,” he said.

The SADC Tribunal, which was established under article 16 of the Treaty of SADC to advance and ensure the rule of law by strengthening the rights of SDAC citizens by providing legal redress, was suspended in 2012 and was expected to resurrect under a new protocol.

SADC’s decision to shelve the Tribunal followed the disbandment of the Tribunal at the 32nd SADC Summit in Mozambique in August 2012 and later a proposed two-year review of the protocol on the Tribunal that seemed to have significantly changed its operations.

SADC adopted the controversial decision following incessant complaints by Zimbabwe over the Tribunal’s rulings that sought to nullify Zimbabwe’s revolutionary land reform programme, which the country had launched at the turn of the millennium.